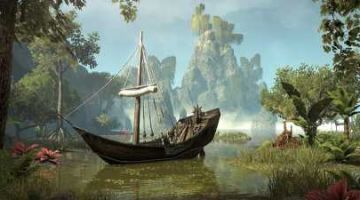 2018-09-12 As Bethesda has detailed in recent updates, the company will be offering Twitch drops during the Stream for viewers watching on Twitch. At present, these are only available for the PC version of the game. In addition to talking about what features in Murkmire and giving a live walkthrough, Stark and Tuttle will be answering fan questions about the DLC. As per usual, the ESO Live broadcast will be live-streamed on Twitch, YouTube, Mixer, and Steam.

2018-08-30 The Alliance War Dog is currently available for purchase in the in-game Crown Store at a cost of 1,000 crowns. However, both the Bravil Retriever and Black-Mask Bear Dog are actually unavailable in the game. They were once available in the in-game Crown Store. However, the Retriever was discontinued back in August 2016, while the Bear Dog was removed in March of 2017. The Bear Dog was also once available as a legendary award from Storm Atronach Crown Crates, but no longer. The Great Daenian Hound, and its variant, the Silver Daenian Werewolf Tracker are a part of the recent Wolfhunter DLC. According to Bethesda, the dog’s were inspired by the game’s Creative Director’s own dogs.