For a few years, it looked like RuneScape might become a genuine threat to modern society. Whether its tantalising log-in screen was enticing school kids to sneak on for a game during IT lessons or tempting bored office workers to squeeze in a quick round of PVP before lunch, this unlikely little MMO slowly became an inescapable and all-consuming phenomenon. 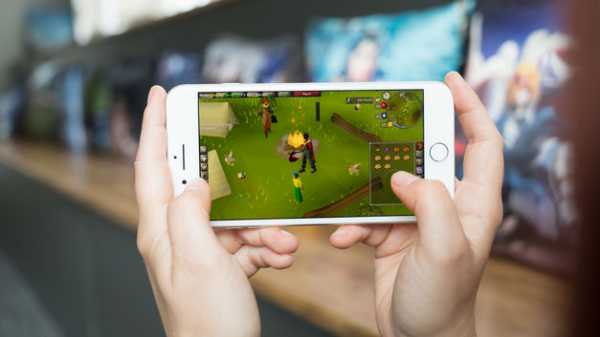 So why was half the western world completely addicted to this weird-looking MMO? Well, that’s because it was a game that you could play almost anywhere. Where most PC games at the time required installs, desktop clients and a pretty beefy rig, Jagex’s ambitious MMO was the first of its kind to simply run in your browser. In this rudimentary, pre-smartphone era being able to just turn on a PC anywhere in the world and instantly play a game felt genuinely revolutionary.

Now, 15 years later, Jagex’s latest goal is to make sure that you really can play RuneScape anywhere. After pioneering the browser MMO, Jagex is now bringing RuneScape Old School (as classic RuneScape is now known) and the newly HD-ified RuneScape to mobile.

With this long-standing gaming institution racking up a jaw-dropping 250 million user accounts in its lifetime, we sat down with the game’s design director Mark Ogilvie to find out how the team made one of gaming’s most unlikely success stories.

When you first started out at Jagex, did you ever predict that ‘RuneScape’ would become such a huge phenomenon?

We got lucky, but we also knew we had something special, there weren’t too many competitors at the time, we had a fantastic community and a great team of people. While the game didn’t look anywhere near as good as the console and PC titles at the time, the quality of gameplay, coupled with browser-based F2P accessibility, and sheer variety of content was something no other game could offer. I can honestly say I never thought we’d be up there over 250 million accounts created, 15 years later, but…  I did know we had something remarkable.

At the time, ‘RuneScape’ was hugely ambitious for a browser game. With no one else attempting to run a full-blown MMO via browser, what made you guys opt for a browser-based game?

It was about efficiency in production and accessibility. Downloading a client was generally more hassle for both the developer and the customer. I also think it kept us focused on the leanest, smallest downloads possible. Don’t forget, many of our customers were on 28k or 56k modems back then.

Aside from being on browser, what else do you think it was about ‘RuneScape’ that resonated with so many players?

I think it was a combination of factors, all of which are still relevant today: proper storytelling, deep gameplay, a world with meaning and purpose, a community you could engage with both cooperatively and competitively. This is a game where the hero was at home both slaying dragons and fishing for lobsters. 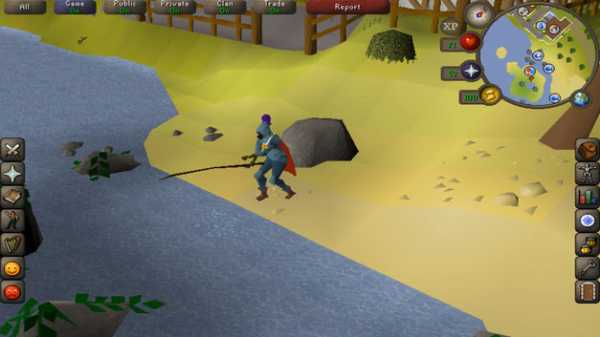 Yep, this is what fishing used to look like in RuneScape.

We never took ourselves too seriously either, both as a company and as a game. I think people always respond well when they know the people who make the game they like are also people they would like to drink a pint with!

You famously implemented microtransactions in 2012. How did you make money from ‘RuneScape’ before then?

Ad revenue and membership. Eventually, our basic development costs, ambitions for RuneScape and keeping up with the demands of the players meant we had to try something else. I can honestly say it was one of the most difficult decisions we ever made, but lumping those growing costs onto membership and to buy rs goldwasn’t the right answer, and ad revenue never really paid the running costs (let alone the staff, etc) post-2003. And remember 4mmog is providing osrs gold for sale now.

How difficult have you found shrinking down such a complex game into a touchscreen-friendly experience?

The download size is still so small that modern mobiles deal with it pretty well, and since it is a point-and-click-adventure game at heart, moving over to a touchpad doesn’t take a great leap. However, the user interface is a major challenge for us, and is something we are still working on. We’re committed to a principle that players on a mobile device should be able to have access to exactly the same content as they would on PC, so that’s what we are aiming for. But it’s hard work!

With countless MMOs and other genres adopting your initial free-to-play model, how do you plan to keep players invested in this aging game?

I think it’s important to keep developing the aspects that make RuneScape a unique proposition. We’ve never been about conforming to the template of what an MMO ‘should’ be, we want to keep surprising and delighting our audience. All too often you see games lose their uniqueness when they try to modernise; I think it’s our dedication to our community and our indie roots that keeps us grounded and unwilling to fit the mould.

You’ve been at Jagex pretty much since the beginning. In all your time working on the game, what are you most proud of achieving?

Generally, the team we have built over the years is my proudest achievement. The fact that I can get involved with all sorts of secret projects now and know that RuneScape and Old School are in safe hands (arguably better hands), consistently producing quality content… yeah, I’m immensely proud of them. Purely thinking about the proudest bits of the game…  I think dungeoneering (our randomly generated tribute to traditional dungeon bashing) and player owned ports (nautical boat and crew management across the eastern seas). Oh, and getting bacon into the game!